Home › Home Security Blog › The most burglarized cities per capita

The most burglarized cities per capita 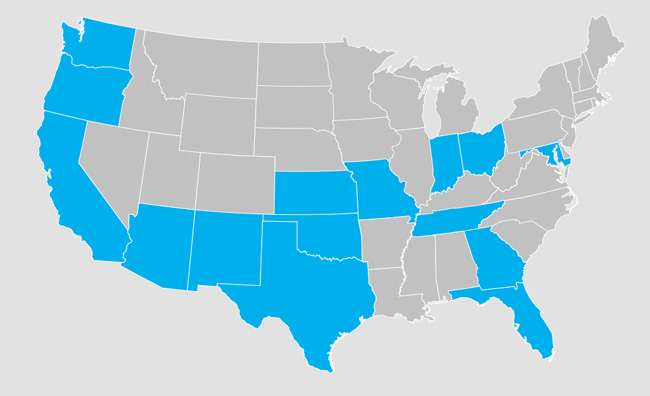 People often have an incomplete understanding of the definition of burglary. It refers to unlawful entry into a commercial or residential structure with the intent of committing a crime such as theft, arson, fraud or assault. Breaking and entering is not necessary for an incident to be considered a burglary.

There are different levels of severity when it comes to the crime of burglary. They include the following:

Considering that there are just under 1.7 million home burglaries each year, it makes sense to gain a greater understanding of how these crimes occur and how to lower your chances of becoming the next victim.

As you can see from the map, many of the municipalities with high property crime rates defy the stereotypes. For instance, most people would guess that places with high per capita burglary rates would be among the most populated cities in the United States. Yet only San Antonio, Texas can claim that dubious distinction. Interestingly, many criminals are more likely to target homes that are off the beaten track and out of the public eye. In urban centers were homes and people are often right on top of each other, it’s just not as easy to get in and out of a home without being seen.

What can you do to prevent burglaries?

Take steps to install visible deterrents. Let people know that you have a security system by displaying its insignia in your yard. It also never hurts to put up a “Beware of Dog” sign, particularly if you actually have the genuine barking canine to back it up. Be sure that your property looks occupied even when you’re away by installing timers and smart LED bulbs that you can program remotely.

Don’t make it easy for burglars to hide from view as they plan their crime. Get rid of those massive shrubs that have been annoying you for years anyway to allow your neighbors to have a clearer view of your property.

Sturdy doors and windows complete with good locks are one of your best defenses against unlawful entry and theft. Burglars want to get in, grab what they wand and leave as quickly as possible. Strong doors and high-quality locks take more time to foil, meaning that many criminals will simply give up and move on to their next victim.

Having positive relationships with your neighbors can be a godsend in numerous ways. It’s not just a life-saver if you run out of eggs and can quickly go next door to borrow some. You and your neighbors can get each other’s mail, park in each other’s driveways and otherwise make your properties appear to be occupied when you’re on holiday. Having this mutually beneficial relationship works to protect everyone in the neighborhood.

You are highly vulnerable to burglary during the first few months after you move into your new home. Changing all of your locks is one of the most overlooked but most important steps you can take to protect your